One of the most crucial but tricky tasks fleet managers handle is moving oversized, heavy loads to different locations. This job is a very difficult task, and it could be very dangerous to someone lacking the right equipment and training. Hauling heavy, large loads requires the use of hauling equipment in construction. This process also demands that the proper machinery is controlled by workers who are qualified, the right routes and permits, as well as compliance with set regulations, which vary in each state.

There are several different types of hauling equipment that can be used for building and construction. Some of the most typical types include cranes, bulldozers, forklifts, dump trucks, and excavators, as well as many others.

Cranes possess a tower-like framework that is equipped with pulleys and cables that are used to lower and lift different materials and objects. In construction, cranes are either mounted on a truck or fixed to the ground. In order to operate this type of equipment, it is best to have a qualified operator do so through radio-type controls, or from a control station cab secured to the crane.

The most basic type of crane is a mobile crane, which consists of a steel truss or telescopic boom that is mounted on a mobile platform. The boom can be either raised or lowered by hydraulic cylinders or cables and is hinged at the bottom.

Bulldozers are greatly impressive machines that are supplied with a dozer blade. Due to their size, bulldozers can maintain their functionality in extremely difficult terrains and have fantastic ground mobility. The machine’s wide tracks allow it to divide the dozer’s weight over large areas; which keeps it from sinking into sandy or muddy ground.

A bulldozer’s torque divider abilities and ground hold are made to convert the engine’s power into dragging capabilities, which allows it to use its own weight to move heavy objects and remove others from the ground. Because of these traits, bulldozers are most often used to clear several types of obstacles, such as shrubbery and debris.

This type of construction machinery is also referred to as a forklift truck – a power-packed piece of industrial equipment that’s main function is to transport and lift different objects or materials with the steel forks attached underneath the load. Forklifts are often used to move loads and equipment that are stored in pallets. Made in the 1920s, forklifts have a broad range of load capabilities and are made in several different types. However, the counterbalance is the most typical.

The main intention of dump trucks is moving loose material, such as gravel, sand, and dirt for construction purposes. A traditional dump truck is equipped with a hydraulically controlled open box bed that is hinged at the back of the truck, while the front of the box rises to let the box’s contents fall out easily. There are several other types of dump trucks, such as semi-trailer dump trucks, off-road dump trucks, and transfer dump trucks.

A hydraulic excavator is different from other pieces of equipment, due to the fact that its movements are made through the transfer of hydraulic fluid. Excavators are usually seen in residential areas, specifically when digging plays a massive role in a construction project. Compact excavators have increased in popularity because of their ability to fit nearly anywhere. These machines are also equipped with different attachments, including breakers, augers, compactors, and clamps, which make them an adaptable piece of hauling equipment. 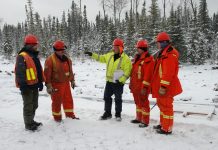 Risks of Working in the Cold 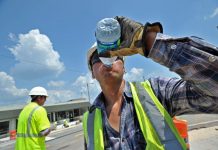 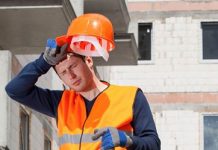 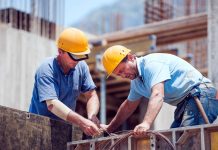 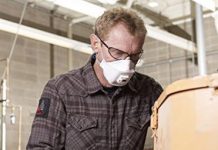 Workers Memorial Day is coming up on April 28. Read what your local can do to recognize this important day.

Food Safety Attention While Eating Out

Dinner and a movie date night? Ditch the leftovers, not your date!  Remember, leftovers are only safe for 2 hours at room temperature and won’t last through a movie - and only 1 hour if the temperature is over 90°F. After that time, bacteria growth can occur and cause food illness. Likewise, during warmer months bacteria multiply faster – so keeping food safe is more challenging.

Food safety is a great concern for those preparing and serving the meal for wedding guests. Keeping hot foods at the required serving temperatures and cold foods to keep from spoiling can be achieved through the proper use of chafing dishes and food safety techniques.

Food safety not only affects continued patronage and sales of a food service business, but also public safety. Many businesses require food safety training, so being food safety trained will increase your chances of employment. Furthermore, businesses are willing to pay higher wages to those trained.

Have a conversation about food safety with you children – no matter the age. Basic discussion topics can make a big difference in understanding and preventing a food illness. Follow basic food safety principles and procedures to help keep you and your family safe.