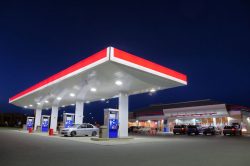 The greatest potential threat from a leaking UST is contamination of groundwater, the source of drinking water for nearly half of all Americans. The EPA, States, and Tribal Areas – all work together to protect the environment and human health from potential UST releases.

The underground storage tank program is primarily implemented by states and territories. Your first point of contact is the state or territorial regulatory agency that has jurisdiction where the USTs are physically located. See state and territorial UST program offices for a list of contacts.

[toggle title=”EPA UST Policy And Guidance Pertaining To Underground Storage Tanks”]Includes policy guidance and a compendium of questions and answers to help interpret that guidance:

[toggle title=”UST Systems Information in your Area”]With the exception of UST systems located on Indian Lands, states have the primary authority to implement the UST program within their boundaries. For the latest information on the status of the UST programs in the states, click the applicable state or region:

Region 2 – comprised of the states New Jersey, New York, and the Commonwealth of Puerto Rico and the U.S. Virgin Islands.

Region 3 – comprised of the states Delaware, Maryland, Pennsylvania, Virginia, West Virginia, and the District of Columbia.

Region 7 – comprised of the states Iowa, Kansas, Missouri, and Nebraska.

Region 9 – comprised of the states Arizona, California, Hawaii, Nevada, and the territories of Guam and American Samoa, and the Commonwealth of the Northern Mariana Islands.

Region 10 – comprised of the states Alaska, Idaho, Oregon, and Washington.[/toggle]

What Is An Underground Storage Tank System?

An underground storage tank system is a tank and any underground piping connected to the tank that has at least 10 percent of its combined volume underground. The federal UST regulations apply to only underground tanks and piping storing either petroleum or certain hazardous substances.

Who Implements The UST Program?

The underground storage tank program is primarily implemented by states and territories. Your first point of contact is the state or territorial regulatory agency that has jurisdiction where the USTs are physically located. See state and territorial UST program offices for a list of contacts.

The Ground Water Report to the Nation: A Call to Action (PDF)  (164 pp, 15.7MB, About PDF)
2007 report from the Ground Water Protection Council. Section 7 addresses groundwater and underground storage tanks.[/toggle]

[toggle title=”When must designated operators of UST systems meet operator training requirements?”]Designated operators must be trained according to individual state requirements. While EPA requires an August 8, 2012 deadline on states, the only deadline that is currently relevant to UST system owners and operators is the regulatory compliance deadline established by their state.  Some states established earlier training deadlines. Many states adopted the August 8, 2012 deadline. Some states still need to finalize their requirements and will have later compliance dates. In those states without final requirements, operators do not need to meet training requirements until their state issues final requirements. Owners and operators should check with the state where their USTs are located to determine the date of compliance.[/toggle]

[toggle title=”Who must be trained and what must the training cover?”]According to EPA’s guidelines, states must identify three classes of operators and minimum requirements for each class. The three operator classes and objectives of training described below are based on EPA’s guidelines. Owners and operators should check with the state where their USTs are located to determine state-specific operator class descriptions and applicable training requirements.

Class A Operator
This is the person who has primary responsibility to operate and maintain the underground storage tank system.  For a typical gas station, it is the owner of the station or his designee. For large corporations, this is the manager or designee responsible for tank operations.  The class A operator can also be designated as a Class B operator as long as he/she has passed the Class B operator exam.

Class B Operator
This designation is for the individual or individuals who implement day-to-day aspects of operating, maintaining, and record keeping for underground storage tank systems at one or more facilities. For a typical gas station, it is the owner or the person/company contracted by the owner to maintain the tanks.  For large corporations, it is the employee, or person/company contracted by the corporation to maintain the tanks. A broad knowledge base is required for a Class A operator, but the Class B operator must have in-depth knowledge of tank system operation and maintenance.

Class C Operator
This is an individual who is responsible for responding to alarms or other indications of emergencies caused by spills, releases, or overfills associated with an underground storage tank system.  For a typical gas station, this is the cashier.  Though an exam is not required, this person must be trained in responding to releases, alarms, and emergency conditions.  Training can be performed by the Class A operators, Class B operators, or third-party vendors.  Class C operator training is required to be documented.[/toggle] 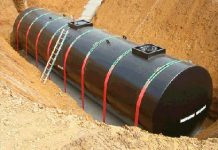 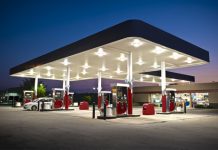 It’s The Law Section 1524 of the Energy Policy Act of 2005 states that the Environmental Protection Agency (EPA), in coordination with states, must develop...

Harmful and underage drinking remain significant problems on U.S. campuses, despite the collective efforts to address them. As a parent, there are things you can say and do to help. As an alcohol server, there are important rules to follow to prevent sales to minors and recognize signs of intoxication.

OSHA's Safe + Sound Week is a nationwide campaign to raise awareness and understanding of the value of proactive occupational safety and health (OSH) programs in all workplaces. Implementing a safety and health program can not only reduce worker injuries - but can also save a business money and improve competitiveness.

Happy Holidays! Before you celebrate - plan ahead. If you're hosting a party at your home and planning to serve alcohol, be responsible, take steps to limit your liquor liability and make sure you have the proper insurance. Likewise, if you're attending an office holiday party, keep in mind that it's still a work event and avoid drinking too much.

April is Alcohol Awareness Month – Talk to Teens about Alcohol

April is Alcohol Awareness Month and it's the perfect time to sit your teen down and talk about the dangers of underage drinking. Research shows that parents are an important influence on whether or not their son or daughter chooses to drink alcohol. Kids do care about their parents’ opinions. They tend to respond well to a positive parenting style.

TCS (Time/Temperature Control for Safety) food is a high risk food that requires specific time and temperature controls to remain safe for consumption. When cooling this type of food, the temperature must be reduced from 135°F to 41°F or lower - within 6 hours.

For many small businesses, establishing an injury and illness prevention program may seem daunting. Yet simple, low-cost approaches have been shown to be effective in small businesses. Read more about some simple steps you can take to get started.
© Copyright 2008 . 24x7 Certification. All rights reserved.
A leading accredited provider of online safety training, certifications, pre-licensing, and continuing education CE courses. | Facebook | Legal Notices