College is a wonderful time of learning and self-discovery, but binge drinking and not drinking responsibility can ruin this experience or even endanger a student’s life.

While plenty of people choose not to drink in college, roughly 3 out of 5 students do, according to the National Institute of Alcohol Abuse and Alcoholism. [1] The NIAAA has found that – on the average – 39 percent of students between the ages of 18 and 22 reported engaging in binge drinking (5 or more drinks on one occasion) in a month. [2]

About 1 in 4 college students report academic consequences from drinking, including missing class, falling behind in class, doing poorly on exams or papers, and receiving lower grades overall. [3]

What counts as a standard alcoholic drink?

Many people are surprised to learn what counts as a drink. In the United States, a “standard” drink is any drink that contains about 0.6 fluid ounces or 14 grams of “pure” alcohol. Although the drinks pictured here are different sizes, each contains approximately the same amount of alcohol and counts as a single standard drink.

A college campus most likely has a counseling center with resources for addressing alcoholism, and there are local Alcoholics Anonymous chapters in virtually every city, not to mention options for support from mental health professionals or rehabilitation centers. 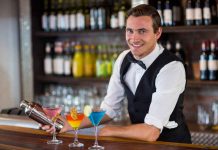 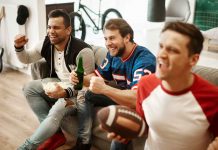 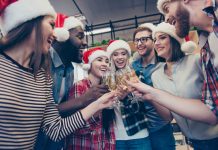 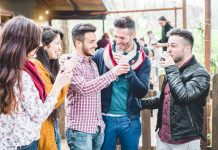 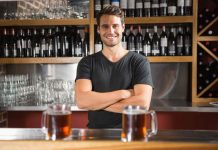 Have a conversation about food safety with you children – no matter the age. Basic discussion topics can make a big difference in understanding and preventing a food illness. Follow basic food safety principles and procedures to help keep you and your family safe.

Ready to start grilling hamburgers? Bacteria is of special concern with ground beef - because when beef is ground - more of the meat surface is exposed to potential harmful bacteria. For this reason, ground beef must be cooked to an internal temperature of 160°F, so as to kill all the bacteria and avoid foodborne illness.

Food safety not only affects continued patronage and sales of a food service business, but also public safety. Many businesses require food safety training, so being food safety trained will increase your chances of employment. Furthermore, businesses are willing to pay higher wages to those trained.

For many small businesses, establishing an injury and illness prevention program may seem daunting. Yet simple, low-cost approaches have been shown to be effective in small businesses. Read more about some simple steps you can take to get started.

Happy Holidays! Before you celebrate - plan ahead. If you're hosting a party at your home and planning to serve alcohol, be responsible, take steps to limit your liquor liability and make sure you have the proper insurance. Likewise, if you're attending an office holiday party, keep in mind that it's still a work event and avoid drinking too much.

Raw shellfish (e.g. oysters, clams, mussels) can pose an increased risk to be contaminated - as they are filter feeders and become contaminated when their waters are polluted with raw sewage and bacteria.
© Copyright 2008 . 24x7 Certification. All rights reserved.
A leading accredited provider of online safety training, certifications, pre-licensing, and continuing education CE courses. | Facebook | Legal Notices